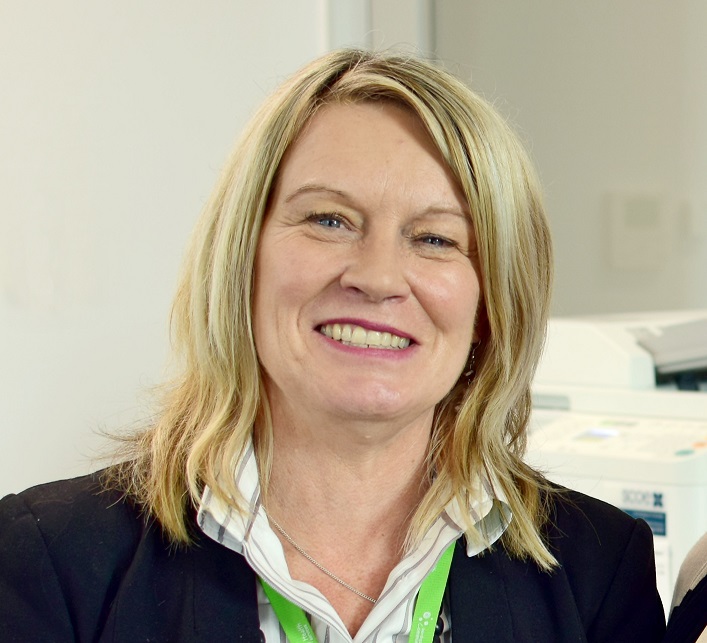 We continue to celebrate International Nurses Day by paying thanks to all the wonderful nurses out there who make a difference to the lives of the people they care for every day.

International Nurses Day is celebrated across the world on May 12 – the anniversary of Florence Nightingale’s birth.

We’re fortunate to have some wonderful nurses working at Bendigo Community Health Services to support clients in a variety of services and programs.

In recognition of International Nurses Day and the great work they do, we’d like to introduce some of these nurses to you this week and talk to them about what makes their career special.

How long have you been a nurse?

Why did nursing appeal to you in the beginning?

I wanted to study psychology but in 1979 it was only offered in Melbourne which was a long way away then, and the prospect of moving down there seemed unachievable. I gave up completely when I learned there was virtually no work for clinical psychologists; haven’t things changed! My mother suggested nursing and I took her advice.

What is the most rewarding thing about being a nurse?

Nursing offers many rewards. I have chosen the sense of joy I feel for my work when people I am working with take on board the information I provide to them, then follow through with the agreed plan and strategies, to improve their health and wellbeing.

Describe nursing in one word?

Tell us a story from your nursing career that made you cry?

For many years I worked in specialist palliative care.

One Friday evening I attended to a 22-year-old woman.

Subsequent to being treated (unsuccessfully) in a Melbourne hospital for her advanced ovarian cancer she had been transferred to her mother’s home in Bendigo.

Not long after arriving home, she was in excruciating, relentless pain. The vision of her writhing around in a chair, crying in agony has never left me.  Nor has the look of despair on her mother and sister’s faces.

A few days earlier a local anaesthetist had met with our team and talked about anaesthetic techniques for pain relief.  As soon as I thought of him, I called the hospital and asked for him. He had to be called at home. When I spoke to him he offered to meet us in the emergency department. He offered the young woman a relatively newly-available analgesia which she of course accepted.  Within minutes of being injected with the IV medication her pain began to subside. In order to achieve complete pain relief she had a second dose. She remained on that medication (orally) until she died a few weeks later.

What made me cry?

But I also cried when I got home that Friday night because of the self-centredness of the health professionals who treated her in Melbourne, then dispatched her without appropriate care, because “she failed their treatment”.  And I cried because the anaesthetist cared and without any fuss, went out of his way to do what he could, and what was right.

What about one that made you laugh?

There are so many stories, it was hard to choose.

As student nurses we rotated through all areas of the hospital service system, including outpatients where the consultant physicians see the public.  On my first day I was asked to rebook a patient for a follow up appointment at 9.30 on the said date. The next time I was asked to rebook for the same date, I made the appointment for 9.45; common sense you would think? A few minutes later I heard my name being yelled out for all to hear. I looked around and saw the charge nurse coming at me, at full speed. The pace of her walk and the look on her face told me to 'get out of here'. It was too late! In front of the 30 or so people squashed onto the insufficient numbers of seats, and the floor in the waiting area, she yelled at me: “Why did you book Mr Smith in for 9.45?”  “Because it was the next available appointment in the book," I replied, puzzled at how this could be wrong. “We book everyone in for 9.30,” she said.  “Why do you do that?” I asked. “Because they don’t show up,” she said. “No wonder they don’t show up - they have to wait, often standing up or sitting on the floor, for three hours,”  I said. You’ll be wondering what’s funny about this story?  Thirty or more years later, I was working in a role where I was required to liaise with outpatient staff.  Lo and behold, the waiting area seating had not expanded in 30 years, but the numbers of people waiting had.  AND the funny part, they were still booking everyone in at 9.30!

What is your most memorable day on the job as a nurse?

As you can imagine in 39 years there’s hundreds of memorable days. I selected the following because nearly 30 years later I am still learning from it:

In the 1990s I worked in a ward where nurses worked in pairs on the day shift and nursing handovers comprised of the day shift nurses sitting with the incoming evening shift nurses in the nurse’s station to handover their respective patients.  Young nurse Officious had arrived on the ward a few days earlier, having recently completed her enrolled nurse training. She was assigned to work as a pair with experienced, caring and compassionate nurse Kevin.  It was a great opportunity for a novice nurse to learn from one as experienced as Kevin.  Nearing the end of our shift, handover commenced with 11 nurses sitting in the nurses’ station. When it was nurse Officious and Kevin’s turn to give handover, nurse Officious started, loudly: “Well, I did Mrs Brown, Mrs Green, Mrs Black, Mrs Smith, Mrs Jones, Mrs Mop and Mrs Broom. How many did you do Kevin?” Kevin responded in an ever-so-gently-manner with: “I showered Mrs Dotty and Mrs Batty. I gave Mrs Sunny a wash in bed; and mine are all CLEAN.”

I do hope nurse Officious learned nursing is not about numbers; it’s about people, quality and safety. I hope she also learned attempting to use an audience, at best to promote herself, and at worst to humiliate a colleague, was counterproductive, thus not have repeated the behaviour.  The most memorable part for me was Kevin’s composed, witty response. It sent a clear message the behaviour was inappropriate, without a resorting to a counterattack; it is one I am still striving to emulate.

What would you say to a young student asking your advice on pursuing nursing as a career?

To be able to practice nursing safely and competently, you have to study hard enough to obtain the knowledge required. But don’t bother with any of that unless you are compassionate, non-judgemental and you can listen, listen and listen more to the people whose care is entrusted to you, including your colleagues.