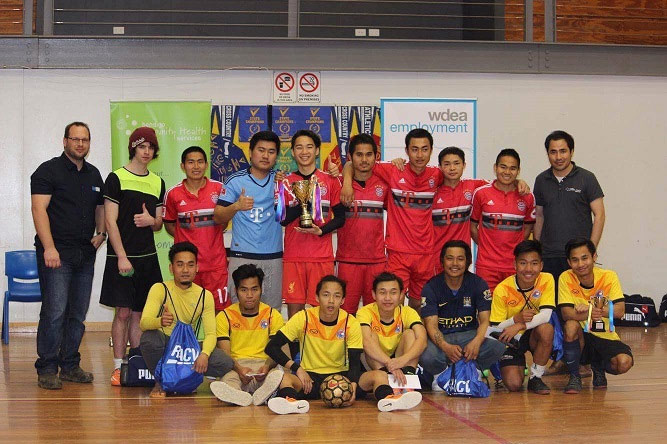 Our Settlement Services team has organised the tournament for July 21 at the Futsal Institute Bendigo in Golden Square.

We're now looking for teams to register for the tournament.

The six-a-side tournament is all about getting out and having some fun with all teams needing to have at least four players who have been in Australia less than five years.

Players need to have proper shoes and shin pads too.

The winning team will receive a perpetual trophy.

Futsal is a modified version of traditional soccer and embraced around the world. The popularity of the sport with Karen and Afghan communities in Bendigo motivated BCHS to kick off the annual tournament in 2014.

Settlement Services manager Martine Street said organising events such as the futsal tournament was important for the BCHS team.

"Participation in organised activities, social connection and physical activity are priority areas for the work done by our staff - it's great to see that effort rewarded with events such as this multicultural futsal tournament," she said.

Akatsuki Karen won the tournament in 2017 with Karen Buddhist Dhamma Dhutta Foundation A taking the title in 2016.

Who will be crowned champions of Bendigo in 2018? Let's find out!