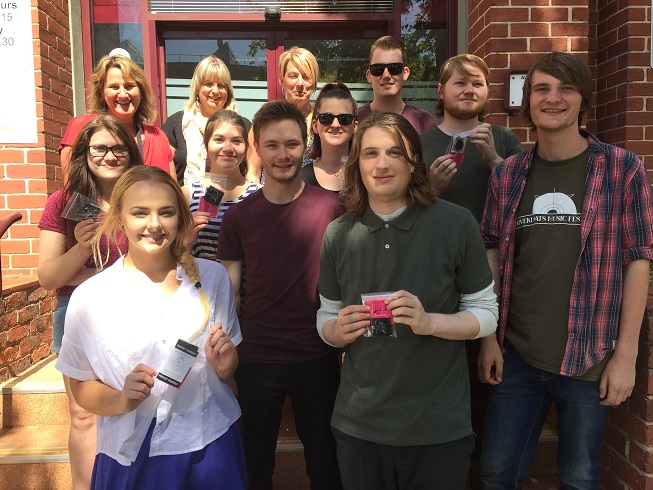 Bendigo Community Health Services will use a video written and created by young volunteers to break down fears and misconceptions around attending a sexual health clinic and getting tested for a sexually transmissible disease.

A group of young volunteers gave their time to act as crew for the filming of STI-mulating.

STI-mulating aims to break down fears and misconceptions young people have about attending a sexual health clinic for an STI test.

The idea for the video came after Bendigo Community Health Services sexual health nurse Mary-Anne McCluskey delivered an education session to a group of students.

“We needed to show young people step-by-step what an appointment with a sexual health nurse involved so we looked for someone willing to help by making a short clip to break down all the fears and misconceptions.

“We are so grateful that Conor was willing to provide his expertise and time to make this amazing production. Conor wrote the script, arranged the actors and did the filming. His professionalism was outstanding and he has an amazing career ahead of him.

“We now want to see STI-mulating used far and wide to highlight the importance of sexual health and encourage young people to get tested.”

“It’s allowed me to do something for the community I live in, while honing my craft,’’ he said.

“Working with the team at BCHS has been a privilege as they have shown me the value of taking an active interest in community affairs and being a part of something that raises awareness of a major issue facing my generation.”

Anyone wanting more information on STI-mulating, the BCHS sexual health clinic or to have a sexual health nurse talk at their school, business, sporting club or community group should call 5448 1600.

Written and directed by Conor Moore of BottomGlassCinema

I am a young film maker and editor starting out on my chosen career.

After completing an advanced diploma in Screen and Media at Swinburne College of TAFE in Melbourne, I have been gaining experience and skills from multiple projects that I have been involved in.

These include several editing roles for other film makers at Footscray City Films, as well as local productions. I have also assisted in directing and producing films, writing scripts, sound and effects, lighting and continuity. I have been involved in photo shoots and video productions for the 2015 Bendigo Job Expo, and for YO Bendigo.

It was through these connections that I became involved in the Bendigo Community Health Services project.