Share The Dignity has bags of kindness and generosity 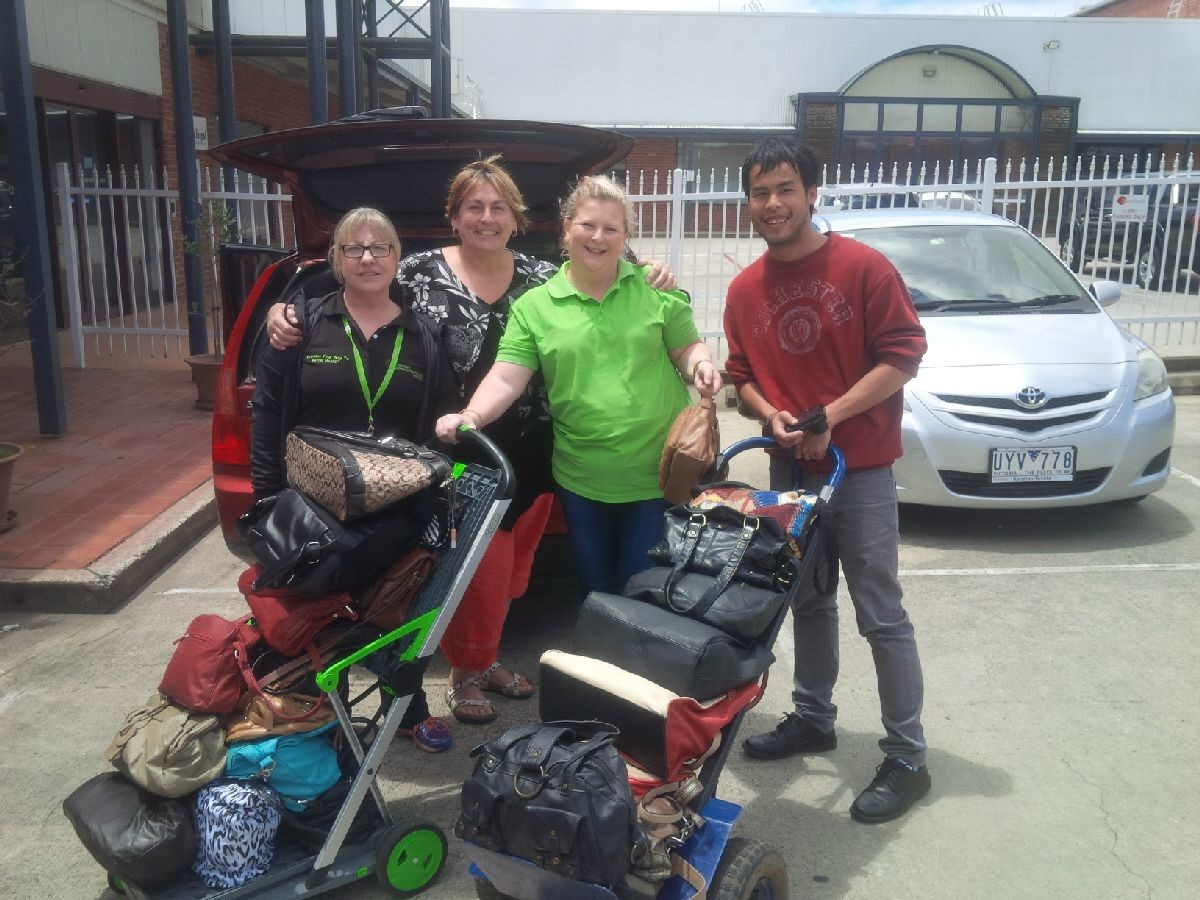 Share The Dignity was established by Queensland personal trainer Rochelle Courtenay and friend Heather Ranger in 2015 after they were ‘ashamed’ into action by an article on the Mamamia website about homeless women and domestic violence survivors in shelters going without sanitary items.

The program uses volunteers in Bendigo and across Australia to connect with not-for-profit organisations such as Bendigo Community Health Services to ensure those in need are looked after.

Share The Dignity used a #itsinthebag Christmas campaign to call on Australians to fill a handbag they no longer used with items to make a woman feel special and include a handwritten note to show her that someone cares and she matters.

Our acting CEO Liz March summed up the feeling of the organisation and the consumers who received a handbag thanks to the generosity and kindness of Share The Dignity.

“This was an incredibly generous donation by Share The Dignity which was so well received by those who were given a handbag for Christmas through our teams,” Liz said.

“Share The Dignity should be proud of what they have achieved and the difference the organisations and all its volunteers are making in communities around Australia.”

Our Young Pregnant and Parenting Program worker Linda Robertson put into perspective the incredible impact the #itsinthebag campaign had on those who received a handbag.

“This opportunity for the mum’s created much excitement and while one of the mum’s explored the contents of her bag she pulled out a perfume and said: ‘I Love that, this is probably the only Christmas present I’m going to get’,” Linda said.

“The mum’s today acknowledge what a great idea this was and that their sanitary products cost so much money out of their limited budget.

“I also delivered a nappy bag and handbag which was filled to overflowing with products and gifts for both baby and expectant mother. This young mother is fleeing family violence and she showed much appreciation for the special consideration she felt as she explored her bag.”

Bendigo Community Health Services extends a huge thank you to Share The Dignity and its volunteers for their valuable work in communities across Australia and the #itsinthebag Christmas campaign donations.

Keep up the good work!