Discovering BCHS: Meet our very own Mr Fix It 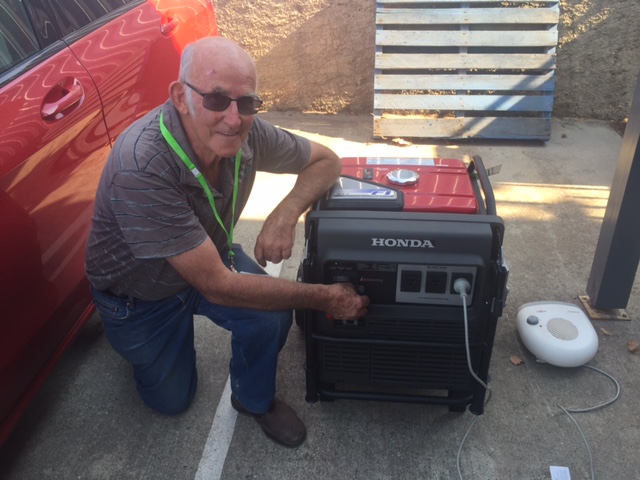 NO job is too small for Bendigo Community Health Services handyman Alan Campbell.

The 72-year-old has been Mr Fixit at the organisation’s Elmore site for more than a decade, using the skills he honed as a registered part-time builder to repair and maintain the facility.

“A lot of my work is fixing things like door locks and changing fluorescent light tubes and other fiddly things around the place,” says Alan, who was a merino sheep farmer at Knowsley before moving to Elmore and building his own house there.

“Once a month, I also come into the Central and Holdsworth Road sites to run the two generators – they are battery-started and I run them for half an hour to charge the battery up and every three months the unleaded fuel goes stale so I have to change that as well.”

“They are there for emergencies,” says Alan. “Two or three years ago at Holdsworth Road, there was a breakdown fault in the underground power and they had to use the generators for several days.”

Alan joined BCHS in July 2005, after he was approached by managers at Elmore and asked if he was interested in the handyman role.

“It is a good organisation and helps a lot of people,” he says.

When he’s not tinkering with his tools, Alan enjoys a game of golf at the Elmore Golf Club, where he is vice-captain and volunteers to mow the fairways.

A father of two and grandfather of five youngsters aged between two and eight, he also enjoys hooking up his caravan and travelling far and wide.

In 2014, he spent four months driving 20,000km through Central Australia to Darwin, around and down the west coast, then back across the Nullarbor Plain.

“This year I am planning to go to inland outback Queensland, then across to the east and back down the coast for a couple of months.”